Access is via a broad track at a wooden gate

The Trust has had a one acre meadow reserve here, under a management agreement with the Forestry Commission, since 1985. The remainder of the site, which was formerly limestone grassland, was planted with conifers in the 1960s despite its SSSI status and the Trust's efforts to save it. The remaining portion of a long lease was purchased from the Forestry Commission in 1991.

Robert's Field was once the finest butterfly site in Lincolnshire, with at least 25 species being recorded in the 1950’s, some of which are now extinct in the county. The surviving grassland retains many characteristic limestone plants, including pyramidal orchid, clustered bellflower, autumn gentian and rock-rose. There are still a few of the grassland butterflies and it is a noted inland site for the green hairstreak.

The Trust embarked on a plan to restore Roberts's Field to limestone grassland in 1994. The conifer trees were felled and the roots dug up and burnt. The ground was levelled and re-seeded with hay seeds from local limestone grassland. Current grassland management comprises of a mixture of hay cutting and sheep grazing. Many of the butterfly species that were present in the 1950s have now returned

Nearest postcode PE9 4DL. Please note - postcodes are for the nearest registered address as we are unable to get postcodes for nature reserves. 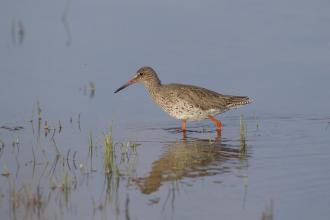 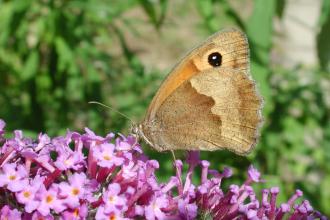 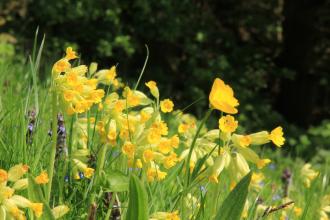 This site is renowned for its limestone flowers and abundant butterflies.