Cliff face and scree should not be climbed, and care must be taken not to trample vegetation unnecessarily in summer; beware also of exposed lime kilns

Not suitable for wheelchair users

Near to the eastern edge of the Wolds on a steep valley slope, the reserve consists of a disused chalk pit and a spinney. Already in use by the mid-18th century, the quarry produced stone for the marshland roads and later, agricultural lime until work ceased in the late 1950s. Two old lime kilns survive, one of which is in particularly good condition.

The cliff face at the north end shows the Middle and Lower Chalk with an intervening band of grey marl. The most abundant fossil is the bivalve mollusc Inoceramus, which has a strongly ribbed shell. The quarry exhibits various stages of colonisation by chalk vegetation: the screes and sparsely covered ground below the cliff; well established turf with a colourful variety of wildflowers, including purging flax, salad burnet, giant bellflower, burnet-saxifrage, cowslip and an abundance of marjoram, and pyramidal and spotted-orchids; and scrub and woodland of ash and beech.

Management is designed to maintain the various types of habitats by mowing and scrub control, and the woodland has been diversified by introducing more beech. The reserve is of use for educational purposes as it has much that is of historical interest. This includes the mill mound, which is the site of a long-vanished post-mill but originally a Bronze Age round barrow; the lime kilns; and the remains of a blacksmith's shop near the entrance. A lane on the east side of the quarry leads to the mill mound, which commands a splendid view over the marshland.

Nearest postcode LN13 0HJ. Please note - postcodes are for the nearest registered address as we are unable to get postcodes for nature reserves. 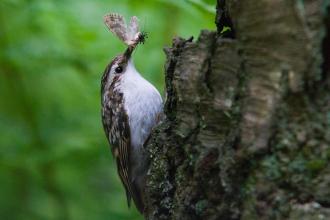 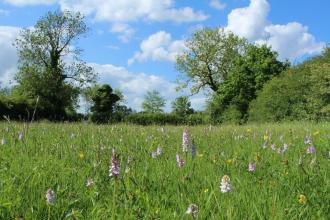 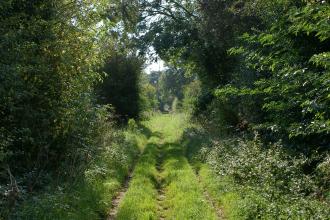