Linwood Warren is a heathland with rich and varied flora and fauna.

The reserve forms part of a once more extensive area of heathland, the remainder of which is now largely afforested or occupied by the golf course. The Warren has been put to a variety of human uses in the past, evidence of which is provided by the presence of flint implements, Romano-British pottery kilns, banks of a medieval or later field system, the butts of a 19th century rifle range, and 1914/18 practice trenches. The result of these various human activities is a mosaic of habitats that gives the reserve a varied flora and fauna.

The high ground to the south is clay and carried mature oak woodland (with some small-leaved lime or linden tree, from which the name Linwood is derived) until it was felled more than 40 years ago. It is now a Forestry Commission plantation largely of pine. To the south-east, one area of pine has been felled, leaving natural regeneration. The roadside strip of oak woodland extending from the reserve eastwards to the corner at Little London Wood is managed by the Trust by agreement with the Forestry Commission.

The flora and fauna of the reserve are rich and varied. All three heathers (bell heather, cross-leaved heath and ling) occur, and there are damp areas rich in mosses and lichens - including the Iceland moss, a rare northern upland species which is a relict here on a lowland heath.

21 species of butterfly and well over 200 moths have been recorded. Water shrew and badger occur, as well as adder, grass snake, slow worm and common lizard. Of the 70 or so species of birds recorded over 30 are known to have bred. Notable among these are woodcock, tawny owl, green and great spotted woodpeckers, sparrowhawk, tree pipit, redstart and grasshopper warbler. Crossbill, snipe and lesser spotted woodpecker have also been seen on the reserve.

Nearest postcode LN8 3QT. Please note - postcodes are for the nearest registered address as we are unable to get postcodes for nature reserves. 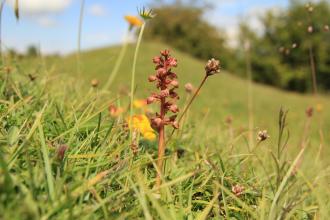 Seven interconnected meadows including a colony of frog orchids. 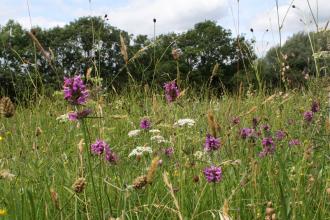 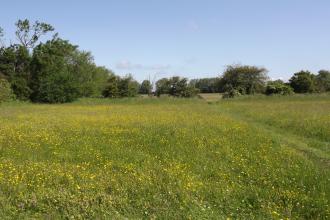 Attractive old meadow with tall hedges and a variety of plants.