Park on the green lane

These small meadows with the adjoining green lane and large old hedges form a landscape and wildlife feature of special interest, representing a type of countryside that has now almost vanished in Lincolnshire.

There is a rich grassland flora which includes pyramidal and green-winged orchids. Around 200 species have been recorded, including 28 grasses. The hedges are fine examples of old species-rich hedgerows. The green lane hedge adjoining the reserve has oak, ash, hawthorn, purging buckthorn, blackthorn, crab apple, midland hawthorn and field maple. 17 breeding species of birds have been recorded in the hedgerows.

Management consists of taking a late summer hay-crop and grazing the aftermath during autumn.

Nearest postcode LN8 5LR. Please note - postcodes are for the nearest registered address as we are unable to get postcodes for nature reserves. 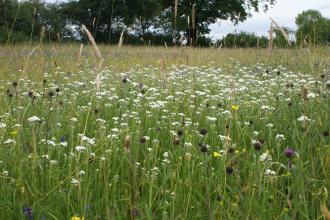 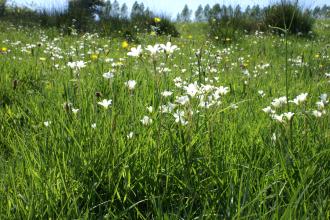 Meadows that are set amid the small hedged fields around Goulceby. 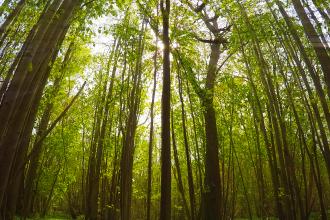 Excellent example of an oak/lime wood with a rich flora.