This reserve is an excellent birdwatching site. In spring and summer the shallow water, with its numerous spits and islands, suits many breeding birds.

Car parking currently closed until further notice, access is on foot only

A linear walk is available to the bird hide, please note that surrounding pits are private and can only be viewed from public rights of way

Much of the reserve consists of flooded sand and gravel pits, fringed by reeds and willows. There are also small areas of sparse vegetation, grassland, scrub, and maturing woodland. In spring and summer, the pits attract many breeding water birds, often including pochard and gadwall, while the islands have nesting little ringed plover and common tern, and surrounding habitats support turtle dove and eight species of warbler. Late summer and autumn bring migrant waders such as green sandpiper along with congregations of teal and other ducks. In winter the reserve is an important refuge for a variety of wetland birds. Kingfisher and green woodpecker can be seen at any time of year. Uncommon birds are always a possibility, particularly in spring and autumn.

Notable amongst the other wildlife are grass snake, small numbers of bee orchids, and a good variety of butterflies and dragonflies including brown argus and banded demoiselle.

Riverslea Lake next to Kirkby Gravel Pits nature reserve was purchased in 2009 thanks to funding from Biffaward, a multi-million pound environment fund managed by the Royal Society of Wildlife Trusts (RSWT), which utilises landfill tax credits donated by Biffa Waste Services (a smaller portion of the lake is in private ownership). Riverslea Lake can be viewed from the public footpath that runs between the lake and the existing Kirkby Gravel Pits nature reserve.

Nearest postcode LN10 6YN. Please note - postcodes are for the nearest registered address as we are unable to get postcodes for nature reserves. 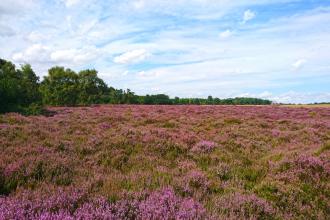 A remnant of the once extensive heathlands of the Woodhall district. 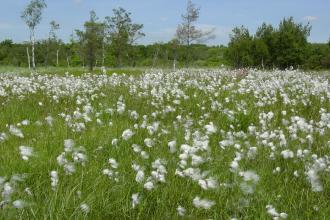 Moor Farm is a mosaic of heath, dry and wet pastures, bog and woodland. 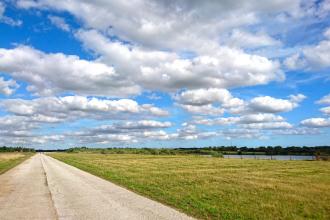 A place where visitors can share in the unique and peaceful atmosphere of this former airfield.