A relict of a raised bog, this reserve is of considerable historic and scientific interest.

There is a waymarked path through parts of the reserve

Parts of the visitor route can become flooded in winter; not suitable for wheelchair users

One of the few relicts of raised bog in the whole of the Trust's area, this reserve is of considerable historic and scientific interest. The area has been extensively dug for peat in the past but areas of active Sphagnum bog still exist, with common cottongrass and cross-leaved heath. There are also areas of reed swamp and mixed fen vegetation, where the rare fen sedge, Cladium mariscus, which was once widely used for ridge thatching, can be seen.

Other parts of the reserve have a series of fen and wet heath conditions and a considerable area of birch woodland of varying age. Plants in the fen areas include yellow and purple-loosestrife, meadow-rue, sneezewort and devil's-bit scabious. Among moths the wood tiger is well established. Breeding birds include tree pipit, warblers, finches, green and great spotted woodpeckers and woodcock.

The principal management problems at the reserve arise from the lowering of the water-table due to drainage of surrounding land and the consequent encroachment of birch scrub onto the wet heath and fen areas. Removal of birch has been the main management activity, together with the creation of ponds and small lakes, which are linked by channels, in the wetter areas. This work has resulted in rapid colonisation by Sphagnum mosses on bare sand below water-level.

The ponds have attracted 11 species of breeding dragonflies and damselflies. Various bird species new to the reserve have also been attracted to these areas including greenshank, green sandpiper and little grebe. Two areas that have been cleared of scrub are now enclosed by sheep fencing, and during the summer months (May to September) these areas are grazed by the Trust's flock of Hebridean sheep. This rare and hardy breed is providing an effective means of controlling birch re-growth.

Nearest postcode DN9 1EA. Please note - postcodes are for the nearest registered address as we are unable to get postcodes for nature reserves.

The car park entrance is situated near a bend so extreme care should be taken when entering or leaving the reserve. Park through the gate, which should be kept closed, or on the verge adjoining the reserve; it is advisable to park well away from the corner.

Please keep to the waymarked paths and use the hides to view the open area. Please do not climb on the banks. During winter months or after prolonged periods of rain parts of the visitor route can become flooded so it is advisable to wear wellington boots. 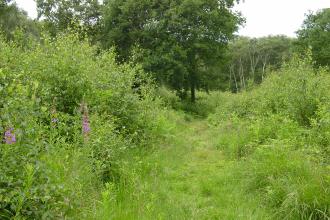 The reserve is a relict of bog that has been extensively dug for peat and subsequently colonised by birch. 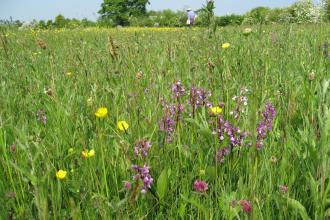 Rush Furlong is a fragment of the once extensive system of strip farming in the Isle of Axholme. 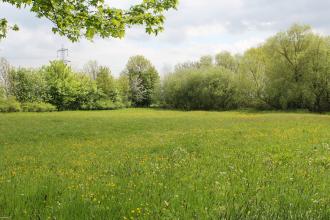