A flooded pit with marginal reed beds and aquatic plants, such as water-crowfoot and great reed mace.

Visitors are requested not to walk around the pit; views of the reserve may be had by walking down the short track from the road

Excavated for clay for the repair of the sea banks following the floods of 1953, the flooded pit has marginal reedbeds and aquatic plants, such as water-crowfoot and great reedmace. 15 species of duck have been recorded, mainly winter visitors. Bearded tit and bittern are recorded occasionally. In summer breeding species include reed and sedge warblers, lesser whitethroat and little grebes can also be seen. In August and September thousands of migrating swallows and house martins roost in the reedbeds. Screens of willows round the banks of the pits have been planted in order to reduce disturbance to birds.

Nearest postcode PE24 5XH. Please note - postcodes are for the nearest registered address as we are unable to get postcodes for nature reserves. 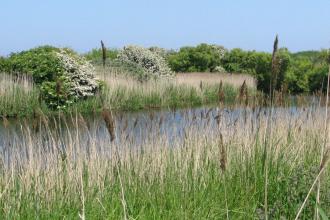 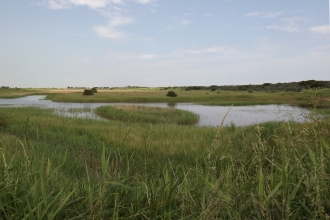 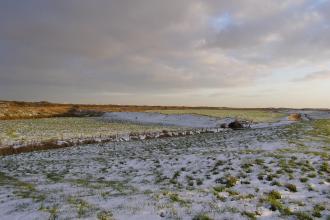 Known as Anderby Marsh, it will be transformed over time into a wildlife haven of traditional coastal grazing marsh and reedbed.