Baston fen is a long tract of permanent pasture, which is flooded in winter and attracts large numbers of wildfowl.

Parking space over the concrete bridge and to the left, please do not to park on the track running straight from the bridge to the River Glen bank

April to July, November to February

Baston Fen is a long tract of permanent pasture, which is flooded in winter and attracts large numbers of wildfowl. Near the entrance is an area of willow carr, which provides a range of nesting sites for birds. In summer a footpath leads through the carr into a drier wooded area which once contained a hamlet of eight cottages and a windmill, but now its willows, osiers and alders provide additional shelter and nesting sites for birds such as tits, finches and warblers.

The waymarked route is along the foot of the River Glen bank where the three washes can be observed. In the first of the three washes, the Low Wash, a high water-table has encouraged the growth of sedge beds. Adjoining the river bank are borrow-pits and sedge swamp, with stands of yellow flag, meadow-rue and meadowsweet. In the first two washes, meres have been excavated in the peat and attract summering wildfowl and waders. The edges of the meres have been colonised by typical fen plants, such as purple-loosestrife, water-plantain and marsh-marigold. The borrow-pits in the second and third washes contain such localised plants as greater bladderwort, water-violet, lesser water-plantain, greater spearwort and several species of stoneworts. In total over 300 species of plants have been recorded in the reserve. Beyond the western end of the third wash, the bank overlooks a narrow belt of borrow-pits, marsh and scrub.

Birds are numerous and varied at most times of the year and over 160 species have been recorded. Of interest in the breeding season are shoveler, tufted duck, sedge warbler and occasionally garganey. In winter flocks of up to 1000 wildfowl, including mute swans, teal, wigeon and mallard, and occasional pintail and goosander can be seen, together with parties of snipe and redshank in March as the flood waters recede.

In summer there are various damselflies including red-eyed and variable, and a good variety of dragonflies including hairy, migrant hawker, ruddy darter and four-spotted chaser. The reserve is also rich in other invertebrates, and over 70 species of non-marine molluscs have been recorded.

The Counter Drain Washes, of which Baston Fen is now the only part not cultivated, were used to hold excess flood water released from the River Glen and Thurlby Fen. The management of the reserve perpetuates winter flooding from early December to early March, and uncontrolled summer flooding sometimes occurs from the Counter Drain. The washes are cut for hay or grazed by cattle.

Nearest postcode PE6 9PX. Please note - postcodes are for the nearest registered address as we are unable to get postcodes for nature reserves. 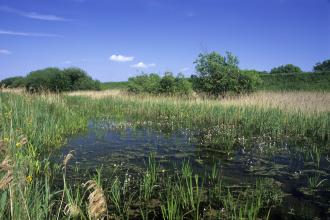 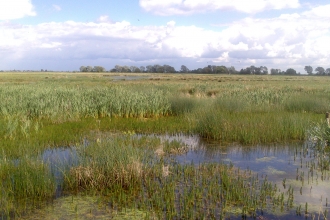 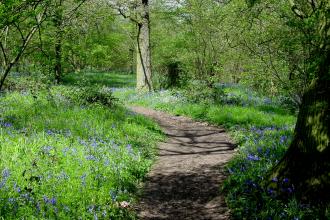 Dole Wood is a fragment of the formerly extensive primary woodland cover of South Kesteven.