When to mow a meadow

When to mow a meadow

Communications Officer, Rachel Shaw, looks back through time to find out why our flower-rich meadows and road verges are cut in the summer.

It comes as a shock when meadows are mown and wildflowers are seemingly cut down in their prime. But taking a crop of hay is what makes a meadow what it is.

The word ‘meadow’ comes from the Germanic word for ‘mow’. It fits with the technical meaning of meadow as ‘an area of grassland that’s cut in the summer’. Before the advent of the car, this hay crop was a vital part of the economy. It provided winter feed for the nation’s transport: horses and livestock.

Weather permitting, the hay was cut in late July or early August and left in a “swath” to dry. This was aided by “tedding” or spreading the hay. This helps remove moisture from the cut plants including from the seed heads. When the hay is collected and baled, the seeds are knocked back into the ground. By autumn, there is sufficient new growth or “eddish” for it to be grazed by cattle or sheep. 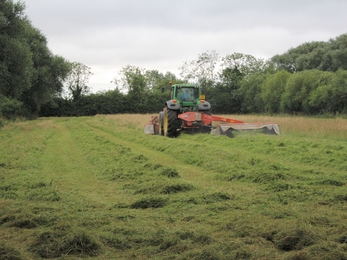 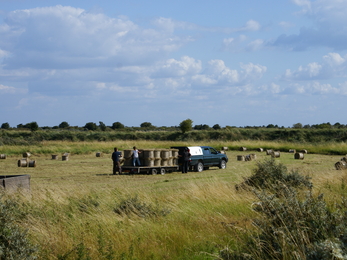 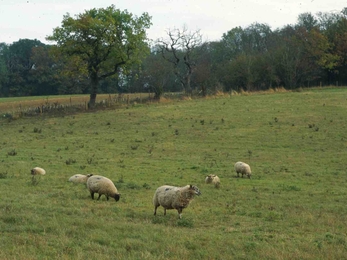 This cycle allows wildflowers to flourish. Many meadows flowers are long-lived perennials, they grow back from their roots and don’t have to set seed every year. If a meadow isn’t cut, coarser grasses and eventually shrubs like hawthorn will take over. If it’s cut too often the flowers won’t have time to grow. If the hay isn’t removed the soil becomes more fertile, encouraging the growth of docks, thistles and nettles.

Before the Second World War, meadows with a profusion of wildflowers would have been a familiar sight across Lincolnshire. Most of these meadows are now long gone. Estimates suggest that since the 1930s as much as 97% of Lincolnshire’s hay meadows have been ploughed for arable or converted to improved grassland - a monoculture of grass without the wildflowers.

As meadows were ploughed, road verges became the last refuges for many grassland plants. The importance of these verges has long been recognised by the Trust. Several stretches were included in our first list of sites of outstanding natural interest in 1951 and the first received protection in 1962. The richest and most diverse for wildflowers are protected as Roadside Nature Reserves.

Lincolnshire Wildlife Trust’s meadows and Roadside Nature Reserves are cared for in the traditional way with the summer cut. It can look harsh and destructive but it’s this management that created the meadow in the first place. Traditionally, the hay was cut after the 15 July but timings have to be responsive to when the weather is suitable and when people are available. They can be cut much earlier than expected whilst some plants are still flowering. As long as the timing varies from year to year, this shouldn’t impact on the survival of the plants. Sanctuary areas of uncut plants can provide refuge for insects and other animals.

If this management feels artificial and man-made, consider the mowers as ancient beasts: the large herbivores such as elk and auroch (wild cattle) that once roamed the Lincolnshire landscape. Meadows do have echoes of more ancient landscapes. After the last Ice Age, when woodland covered much of the land, these large grazers would have created open grassy areas. The grazing of the auroch and the cutting of the mower both favour a meadow of flowering herbaceous perennials. 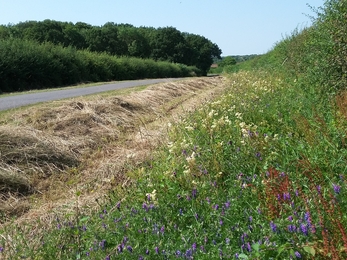 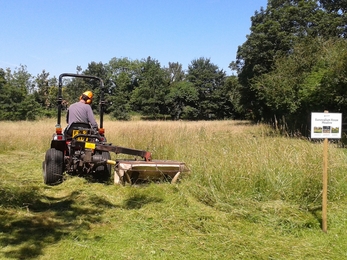 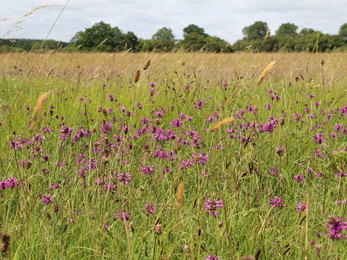 As her student placement with the Trust drew to a close, Lorna had one last opportunity to help on a nature reserve. It turned out to be…

Communications Officer, Rachel Shaw, on a favourite meadow flower spotted near to her home in the centre of Lincoln and the loss of…