Working as Communications Officer at the Lincolnshire Wildlife Trust since March 2018.

The cuckoo bird is famous for laying its eggs in other birds’ nests, but did you know, this behaviour also exists in the insect world. Comms Officer, Jade Oliver, finds out more.

We’ve all heard of the familiar cuckoo. A bird whose song traditionally heralds the start of spring; a song which sounds the same as its name: ‘cuck-oo’.

The cuckoo bird is famous for laying its eggs in other birds’ nests, fooling them into raising their chick as its own. This behaviour, known as ‘brood parasitism’, also exists in the insect world.

Cuckoo bumblebees use a similar strategy, laying eggs in another bees’ nest and fooling worker bees into raising them as their own brood. But how do they get away with such a devious trick? 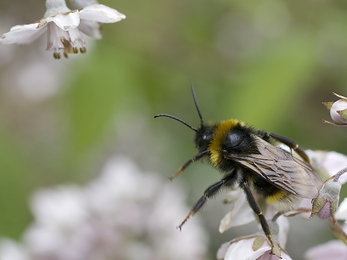 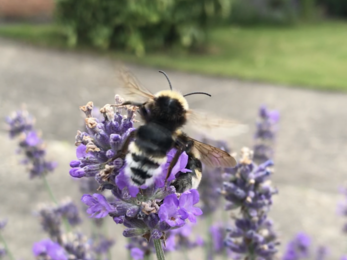 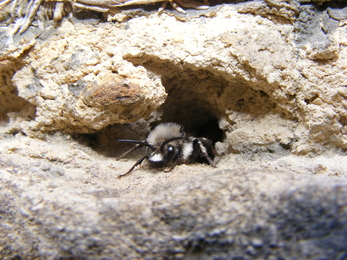 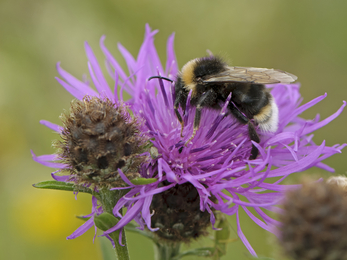 Cuckoo bumblebees go in disguise. They have developed incredible mimicry allowing them to look like their host. In the same way that there are different species of bumblebees with different stripes and tail colours, the same is also true for cuckoo bumblebees. This evolution in mimicry allows them to look like their host, be it a white-tailed bumblebee or a buff-tailed bumblebee, so they can take over a nest without arousing suspicion.

Once inside the nest, the cuckoo bumblebee will first locate and kill the queen. She will then establish herself as the new ‘queen’ with the worker bees at her side to feed her and rear her own eggs. This behaviour has earned them their cuckoo title.

Their disguise may fool the worker bees, but there are some small differences which allow us to tell the difference between bumblebees and cuckoo bumblebees:

The first is that cuckoo bumblebees lack pollen baskets on the back legs, after all the unsuspecting worker bees collect the pollen to feed their offspring.

Secondly, they have dark-tinted wings, a small difference but notable even with the naked eye.

And finally, cuckoo bumblebees tend to have a banded tail – noticeable striped patches of fur on the tail with the abdomen showing in-between.

These slight differences allow us to spot the ‘wolf in sheep’s clothing’ among bumblebees.

Next time you’re walking past a lavender bush or through a wildflower meadow, look out for cuckoo bumblebees. You may see a nature soap opera unveiling before your very eyes.

The hidden life of the humble bumblebee

Communications Officer, Rachel Shaw, discovers the hidden lives of one of our favourite insects.