The reserve consists of hillside grassland and streamside habitats in the valley of a tributary of the River Lymn.

On the opposite side of Water Lane there is a footpath that leads to Snipe Dales, trails are seasonally wet, wellies are advisable

Uneven grassland environment which can be muddy when wet, difficult terrain for wheelchairs

The reserve consists of hillside grassland and streamside habitats in the valley of a tributary of the River Lymn - the same brook that rises and flows through the Snipe Dales reserve. On entering, the first part of the reserve is a narrow meadow squeezed between the brook and an old hedgerow. The uneven surface of the ground reveals the former courses of the brook. Alongside the brook grow willows and alders where treecreepers occur. This habitat is akin to that found in the alder carrs of the south-east Wolds, and such plants as moschatel and the opposite-leaved and rare alternate-leaved golden saxifrages are to be found.

The main part of the reserve lies beyond this meadow on the opposite side of the stream over a wooden bridge (not the concrete one seen on the left soon after entering the reserve but about 100m further on). There are attractive streamside habitats along the valley and hillside flushes, which are associated with the junction of the Spilsby Sandstone and the Kimmeridge Clay where many wet-loving plants thrive including the uncommon blinks. The Kimmeridge Clay is exposed in places along the bank of the stream.

Beside the stream is the site of an old water mill (marked by a nettle-covered mound). Nearby is a willow on which grow a remarkable variety of epiphytes including ivy, mosses, lichens, hawthorn and gooseberry.

Management is designed to maintain and improve floristic diversity by grazing at certain times of the year.

Nearest postcode PE23 4LW. Please note - postcodes are for the nearest registered address as we are unable to get postcodes for nature reserves. 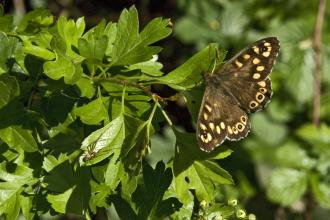 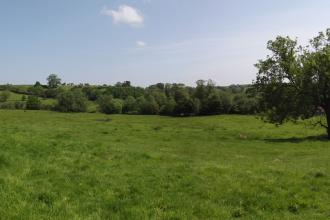 Meadow, woodland and pasture in the Lincolnshire Wolds. 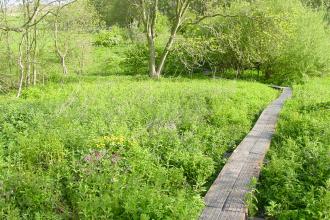