An attractive lake with beds of reed and sedge, and emergent vegetation.

Follow the track alongside the drain, crossing the railway at a gated crossing. After about half a mile, there is a crossing point at a sluice over the drain that leads to the south-western bank of the reserve.

Not accessible for wheelchairs, care should be taken when crossing the railway

The reserve lies within the City of Lincoln but it is a comparatively quiet and secluded sanctuary. It was excavated as a source of ballast for the construction of the railway. It has since matured into a most attractive lake with beds of reed and sedge, and emergent vegetation. There are mature trees and shrubs, mainly willow and sallow, flanking the railway. A hide overlooks the mere to the west of the reserve.

The reserve attracts many wintering wildfowl including teal, shoveler, goosander and goldeneye. There are also many breeding birds including up to 20 pairs of both reed and sedge warblers, two pairs of great crested grebes and three pairs of little grebes. Kingfisher and common tern also breed on the reserve.

The reserve and adjoining drain are rich in dragonflies and damselflies with 12 species regularly recorded. Many butterflies may be seen in summer including orange tip, ringlet, large skipper, meadow brown and wall brown. Flowering plants of interest include greater spearwort and water-violet.

Nearest postcode LN6 7BH. Please note - postcodes are for the nearest registered address as we are unable to get postcodes for nature reserves. 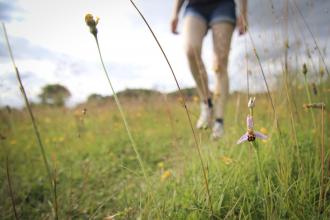 Greetwell Hollow is an interesting wildlife haven and geological site. 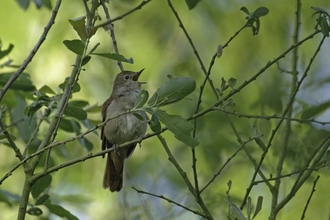 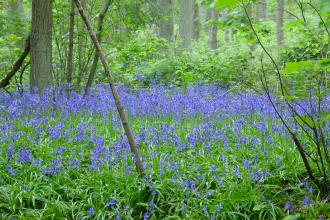 Tunman Wood is reputed to have been on the old cross country route between Temple Bruer and Eagle, used by the Knights Templar.