Spring really is a great time of year to be out and about. There were lots of great sightings in May with new species of butterfly, dragonfly and orchid for the Lincolnshire Coastal Country Park area and avocets nesting for the first time.

The prolonged wet spell in mid-May resulted in the flooding of Anderby Marsh which is usually completely dry by this time of year. The flooding enticed a few species to the marsh most notably a pair of avocet, seen at the end of month, with a second pair briefly present. Avocet remains a scarce visitor to the area with just a handful of records each year. Although they present in good numbers at Gibraltar Point only 10 miles south.

In addition to the avocets, a pair of redshank and lapwing were also recorded on a regular basis. A spoonbill was also located on Anderby Marsh on the 31st May and remained until the next day. This illustrates just how successful the marsh can be when flooded at the right time of year. Three curlew sandpipers flew over on the 4th and may have been on the marsh prior to flying north.

Seawatching highlights throughout the month; a single little tern and four common tern on 19th. six kittiwake, a gannet and 11 common scoter on 20th, 15 fulmar, 9 gannet and 18 guillemot on 22nd. Sandwich tern was also recorded on several dates though only in single figures.

Cuckoo appear to be in good numbers with up to five birds currently in residence and showing very well most days around the Wolla Bank area.

Three pairs of marsh harrier still on territory throughout the country park. This is thought to be a record number of breeding pairs.

Good numbers of migrating swallow flew south on the 9th with an impressive count of 429, along with 69 house martin, 24 sand martin, 46 yellow wagtail, two hobby and a hawfinch (a rare coastal migrant thought to be of northern European origin). These migrations usually happen when the wind is in a southerly direction. The successive northerlies in April and May no doubt held up many birds on migration through Europe. Interestingly swallows always appear to fly south in the spring with very few seen heading north. One theory is that these birds overshoot on their migration and then have to track back south again to breeding grounds. On the 10th an additional 190 swallow flew south again on a southerly wind.

A long-eared owl was seen hunting around Marsh Yard on 11th May. Short-eared owls were again seen sporadically throughout the month.

Huttoft Pit was reasonably quiet during the month with the exception of a single female garganey on 10th.

Garganey (female) – the only summer migrant duck in the UK, an annual visitor © Garry Wright

A quail was heard singing in an oil seed rape field just north of Anderby Creek on 29th May and remained in the area for a couple of days. This is a rare visitor on the coast being only the second to be record here in the last 5 years. One lucky observer even managed to see it when it was flushed by a roe deer!

The heatwave that started late in the month brought a few bee-eaters to the east coast of the UK with numerous sightings from Spurn Point in East Yorkshire, a couple of records at Gibraltar Point and a few in North Norfolk. Two birds were observed flying south over the Lincolnshire Coastal Country Park on the 29th May. Bee-eaters are rare migrants to the UK which usually turn up on spring migration. They are common breeders on the continent and occasionally breed in the UK every few years.

Two southern marsh orchids found in late May are thought to be a new species for the area. A good spread of common spotted orchids was also noted.

Brown hare continues to do well throughout with sightings more widespread this year. A leveret (young hare) was seen on Anderby Marsh.

A grass snake was seen swimming across Huttoft Pit in late May. A water vole was also recorded from here the first sighting for a number of years.

Very few records of toad and frog during the month with just odd singles seen on occasion. 2021 seems to be a very poor year for amphibians; no doubt the cold snap in early spring curtailed the peak activity period.

Despite numerous warm days in May there were no confirmed records of harbour porpoise which was a surprise in the flat calm conditions. Grey seals were recorded on most days during the month. 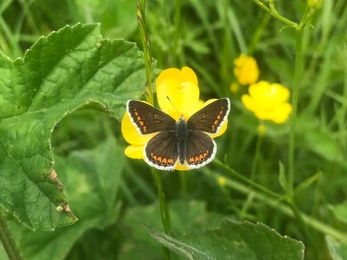 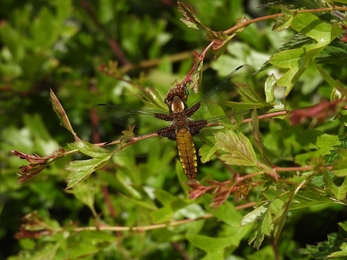 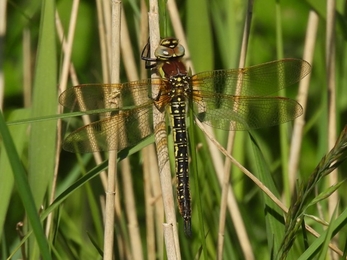 Top five species to look for in June

June is a typically quiet month for birds but there is lots of non-avian activity to draw one’s attention.

The art of fieldcraft

Matthew Capper, keen birdwatcher, photographer and our Head of Public Engagement & Communications, on the importance of fieldcraft…

A very quiet month for non-avian records with the prolonged arctic winds. Despite the cold weather and delay for many migrating species…